Lord Hanuman according to the Hindu mythology is the biggest devotee of Lord Rama. He is the incarnation (Avtar) of God Shiva and is considered as the symbol of extreme strength, power, wisdom, will power and devotion.

He is one of the central characters of Hindu epic Ramayana. Hanuman stood Brahmachari (virgin) throughout life, as he devoted his life for serving Lord Rama. Lord Hanuman is also been called as Vayuputra or Marutinandan (son of Wind) as he has the ability to fly, and due to this, he was able to fly across the ocean to reach Lanka. 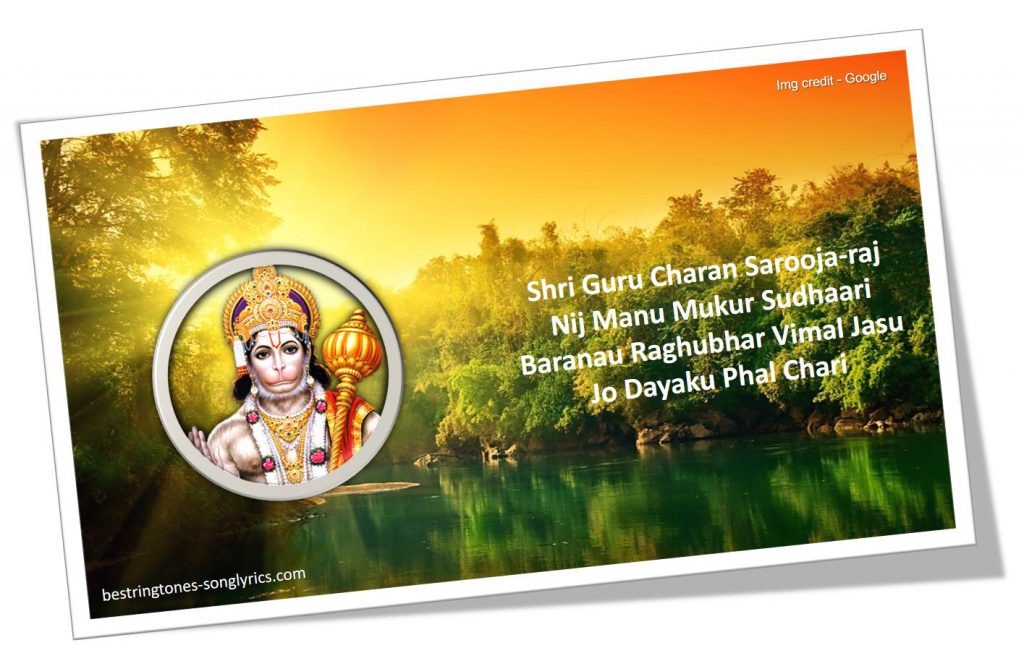 With the dust of Guru’s Lotus feet, I clean the mirror of my mind and then narrate the sacred glory of Sri Ram Chandra, The Supreme among the Raghu dynasty. The giver of the four attainments of life

Knowing myself to be ignorant, I urge you, O Hanuman, The son of Pavan! Lord! kindly Bestow on me strength, wisdom and knowledge, removing all my miseries and blemishes

Victory of Thee, O Hanuman, Ocean of wisdom and virtue, victory to the Lord of apes who is well known in all the three worlds|

You, the Divine messenger of Ram and repository of immeasurable strength, are also known as Anjaniputra and known as the son of the wind – Pavanputra.

Oh Hanumanji! You are valiant and brave, with a body like lightening. You are the dispeller of darkness of evil thoughts and companion of good sense and wisdom

Shri Hanumanji’s physique is golden coloured. His dress is pretty, wearing Kundals’ ear-rings and his hairs are long and curly

Shri Hanumanji is holding in one hand a lighting bolt and in the other a banner with sacred thread across his shoulder.

Oh, Hanumanji! You are the emanation of ‘SHIVA’ and you delight Shri Keshri. Being ever effulgent, you and hold vast sway over the universe. The entire world propitiates. You are adorable of all.

Oh! Shri Hanumanji! You are the repository learning, virtuous, very wise and highly keen to do the work of Shri Ram

You are intensely greedy for listening to the narration of Lord Ram’s life story and revel
on its enjoyment. You ever dwell in the hearts of Shri Ram-Sita and Shri Lakshman.

You appeared beofre Sita in a diminutive form and spoke to her, while you assumed
an awesome form and struck terror by setting Lanka on fire.

He, with his terrible form, killed demons in Lanka and performed all acts of Shri Ram

When Hanumanji made Lakshman alive after bringing ‘Sanjivni herb’ Shri Ram
took him in his deep embrace, his heart full of joy

Shri Ram lustily extolled Hanumanji’s excellence and remarked, “you are as dear to me
as my own brother Bharat

Sanak and the sages, saints. Lord Brahma, the great hermits Narad and Goddess Saraswati along
with Sheshnag the cosmic serpent, fail to sing the glories of Hanumanji exactly

What to talk of denizens of the earth like poets and scholars ones etc even Gods
like Yamraj, Kuber, and Digpal fail to narrate Hanman’s greatness

Hanumanji! You rendered a great service for Sugriva, It were you who united
him with SHRI RAM and installed him on the Royal Throne

By heeding your advice. Vibhushan became Lord of Lanka, which is known all over the universe

Hanumanji gulped, the SUN at distance of sixteen thousand miles considering it to be a sweet fruit

Carrying the Lord’s ring in his mouth, he went across the ocean. There is no wonder in that

Oh, Hanumanji! all the difficult tasks in the world are rendered easiest by your grace.

Oh, Hanumanji! You are the sentinel at the door of Ram’s mercy mansion or His divine abode.
No one may enter without your permission

By your grace one can enjoy all happiness and one need not have any fear under your protection.

When you roar all the three worlds tremble and only you can control your might.

Oh Great and Brave lord Hanumanji’s name keeps all the Ghosts, Demons & evils spirits away from his devotees

Those who remember Hanumanji in thought, word and deed are well guarded against their odds in life

Oh, Hanumanji! You are the caretaker of even Lord Rama, who has been hailed as
the Supreme Lord and the Monarch of all those devoted in penances.

Oh, Hanumanji! You fulfill the desires of those who come to you and bestow
the eternal nectar the highest fruit of life

Oh Hanumanji! You magnificent glory is acclaimed far and wide all through the
four ages and your fame is radiantly noted all over the cosmos.

Oh, Hanumanji! You are the savior and the guardian angel of saints and sages
and destroy all the Demons, you are the seraphic darling of Shri Ram

Oh, Hanumanji! You hold the essence of devotion to RAM, always remaining his servant

Oh, Hanumanji! through devotion to you, one comes to RAM and becomes free from the suffering of several lives

After death he enters the eternal abode of Sri Ram and remains a devotee of him, whenever, taking new birth on earth

You need not hold any other demigod in mind. Hanumanji alone will give all happiness

Oh, Powerful Hanumanji! You end the sufferings and remove all the pain from those who remember you

Hail-Hail-Hail-Lord Hanumanji! I beseech you Honour to bless me in the  capacity of my supreme ‘GURU’

As Lord Shankar witnesses, all those who recite Hanuman Chalisa regularly are sure to be benecdicted

Tulsidas always the servant of Lord prays. “Oh my Lord! You enshrine within my heart 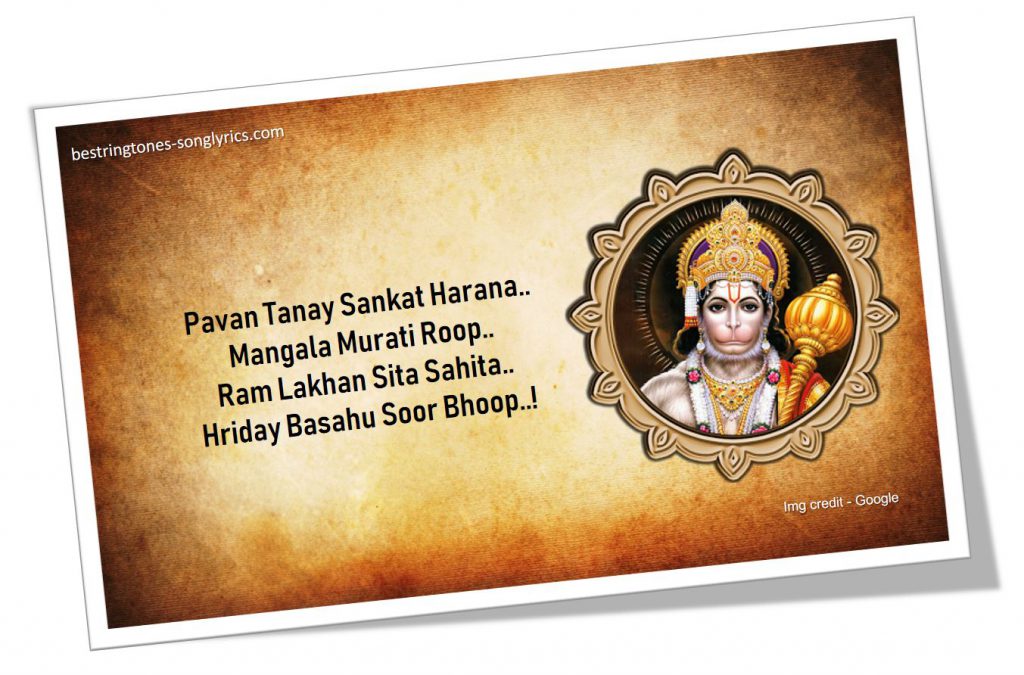 O Shri Hanuman, The Son of Pavan, Saviour The Embodiment of
blessings reside in my heart together with Shri Ram, Laxman and Sita

No votes so far! Be the first to rate this post.

Shiv Chalisa in Hindi and English with Translation